January 12, 2010 a 9.2 Richter earthquake shook the city of Port au Prince, and six other nearby towns, causing 230,000 deaths, 300,000 injured, one million displaced and 1.5 million undocumented shelters. An estimated 188 000 the number of damaged houses including 105,000 completely destroyed. Currently, 2 million Haitians living in tents.

In the days following the disaster, Hinche, which usually has 133 000 inhabitants, has seen an influx displaced 60,000. Many arrived there by chance, who jumped into the vehicle before fleeing the impending replies.

The integration of this displaced population in Hinche, including tens of thousands of pupils and students, represents a major challenge. It is in this spirit that we have p

Within days, with the help of some displaced teachers, we managed to establish a secondary school (College Bethesda Baptist) with 850 young people who had not found a place in the schools of Hinche.

The current strength is 1,000 students. Nearly 250 of our students have already received their bachelor's degree (Maturity). 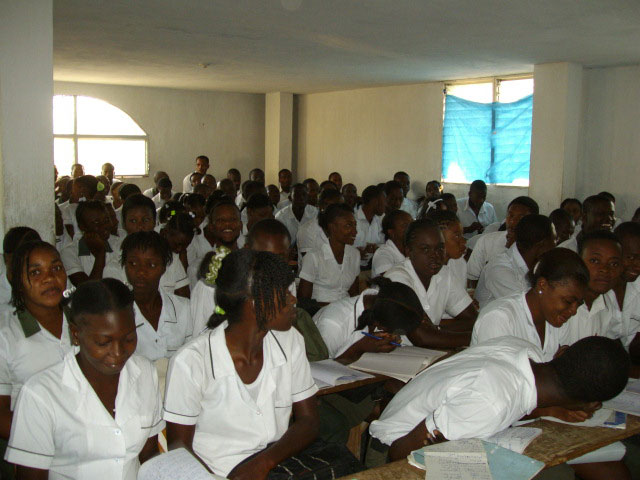